Take a look at the origins of some of the world’s most popular foods. You might be surprised by some of them! 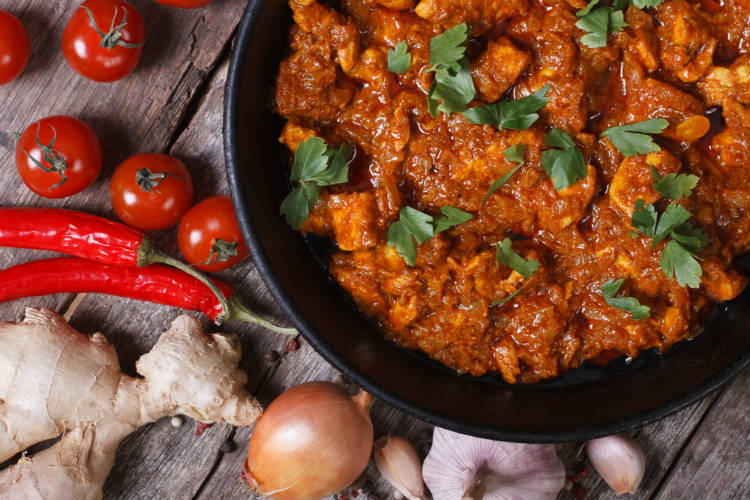 British food is such a melting post of different cuisines from all around the world. We enjoy eating pasta dishes from Italy, and spicy curries from India. But did you know that the key ingredients for both of these originally came from South America?

Adventure travel company Explore has been taking a look at some of the world’s most popular foods. And they’ve discovered that their journey to our plates can be quite surprising!

For instance, did you know that the Scotch egg doesn’t actually come from Scotland?  Recipes resembling this classic picnic fare were first discovered in India and North Africa. And even the earliest British recipes actually used fish paste instead of meat to wrap around the egg! 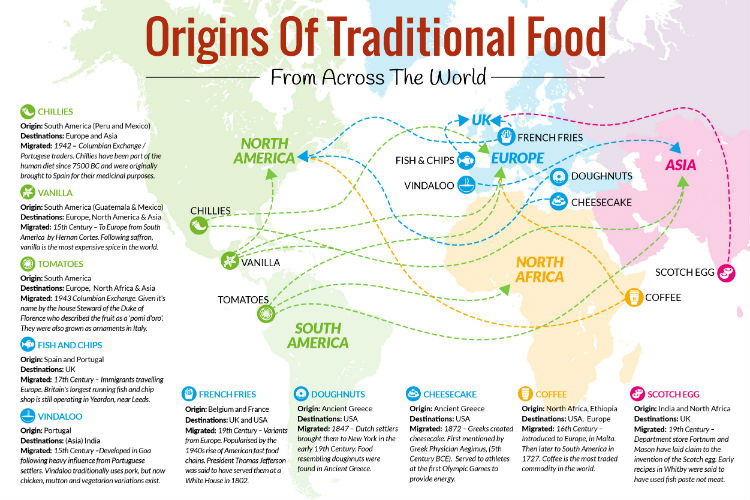 Doughnuts are a popular morning snack and you might already know that they were taken to the US by Dutch settlers. But did you know that a similar recipe was served thousands of years ago in Ancient Greece?

The Ancient Greeks obviously loved their desserts, because they were also responsible for the development of Cheesecake. It was actually served to athletes in the original Olympic Games, to give them energy!

Got a craving for cheesecake now? Click here for my New York Cheesecake Recipe!

Many of the foods on the list have been revamped and modified as they have moved from one location to another. For example, on a Friday night Britain’s curry houses are full of people tucking into a Vindaloo. You may already know that it came to the UK in the 1970s, brought here by immigrants from India and Bangladesh.

But the dish was originally introduced to the Goa region of India by Portugese settlers in the 1400s. The word ‘Vindaloo’ is based on the Portuguese phrase carne de vinha d’alhos (‘meat in garlic wine marinade’). Goan cooks made it their own by replacing the wine with vinegar and adding their own spices.

And one of those spices, chilli pepper, actually originates in South America!

Some of our other favourite foods have been on a journey as well:

Over the centuries, settlers and traders have taken a taste of home with them wherever they go. From vanilla and cheesecake to fish and chips, the origins of the food we eat have a history that can go far beyond our borders. It just goes to show how small the world truly is!

Were you surprised by these food facts? Where does your favourite food originate from?