Here’s all you need to know about an Alaska cruise with Celebrity Cruises – a holiday with majestic scenery, amazing wildlife and luxurious surroundings.

What springs to mind when you think about going on a cruise? A tour around the ancient ports of the Mediterranean, or maybe a sun-drenched holiday in the Caribbean?

But have you ever considered going on a cruise to Alaska? It could be the ideal destination if you’re looking for a holiday that’s a little out of the ordinary.

Not only will you get to see amazing scenery and rare wildlife, but you’ll witness it from the comfort and luxury of a Celebrity Cruise ship.

Read on to find out all you need to know about an Alaska Cruise with Celebrity Cruises.

Why take a cruise to Alaska? 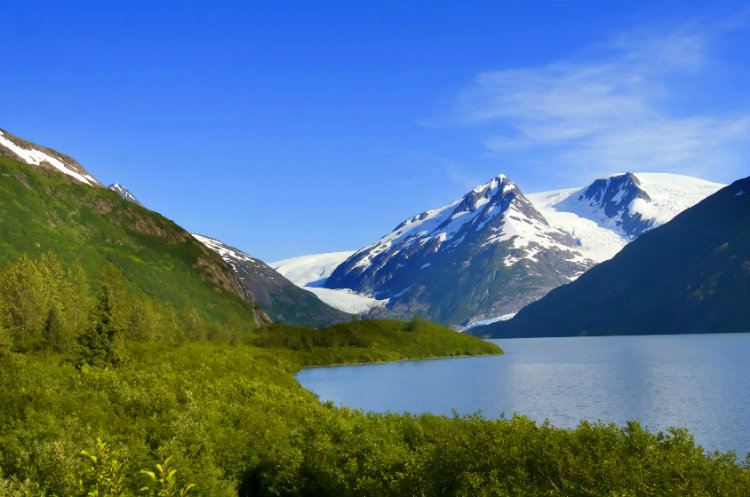 Alaska is vast, wild and untamed – one of the world’s last unspoilt destinations. The breathtaking mountains and awe-inspiring glaciers make visiting Alaska a feature on many people’s bucket lists.

And there is no better way to witness the natural wonders of Alaska than by sea. On a Celebrity Cruises voyage, you’ll be able to take in these amazing sights from the cruise ship itself. Spectacles like icebergs ‘calving’ from a glacier will make visiting Alaska quite unlike any other holiday.

Alaska is also home to a diverse range of wildlife including moose, humpback whales and nesting eagles. Celebrity Cruises’ on-board experts will be on hand to help you get the most from your Alaskan adventure. Talks cover topics ranging from the diversity of the wildlife to the Alaska sky at night.

There’s also a wide selection of activities for you to try on a Celebrity Cruises trip to Alaska. You can hike through forests, kayake through the mountains or enjoy the thrill of the world’s largest zip line at Ice Strait Point. Back on board, you can relax in the spa and dine with the stunning Alaska scenery before you.

On board your Alaska Cruise ship

Each of these ships are fitted out with truly luxurious accommodation, with options for suites, family accommodation, and staterooms. And at least least 75% of the accommodation options have their own private balcony.

There are award winning dining options to suit every taste, or you could opt for room service.

Plus you’ll also find fitness clubs, swimming pools and entertainment options included in your cruise price – click here to find out what’s included in the price of a Celebrity Cruise.

When is the Best Time of year to Visit Alaska

In terms of temperature, the weather in Alaska remains fairly constant all year around. You’re unlikely to see temperatures much above 10C, so you’ll need to pack for cold weather!

But you might like to plan your Alaska cruise around the wildlife that you can see at different times of years.

Between April and September, you’re likely to be able to spot Grizzly bears as the annual summer migration of salmon attracts them to the shallow streams. Dawn and dusk are the best time to catch sight of bears feeding, and you might even see young bears being taught how to fish.

Whale watching in Alaska is always popular, and your best chance of seeing whales will fall between May and September. You’re likely to be able to spot Orcas as well as Humpback, grey and beluga whales.

June is the best time to visit Alaska if you want to spot Moose. One of the Celebrity Cruises to Alaska takes in Denali Park, which opens in June. It’s Alaska’s prime habitat for Moose, which have roamed the area for thousands of years. 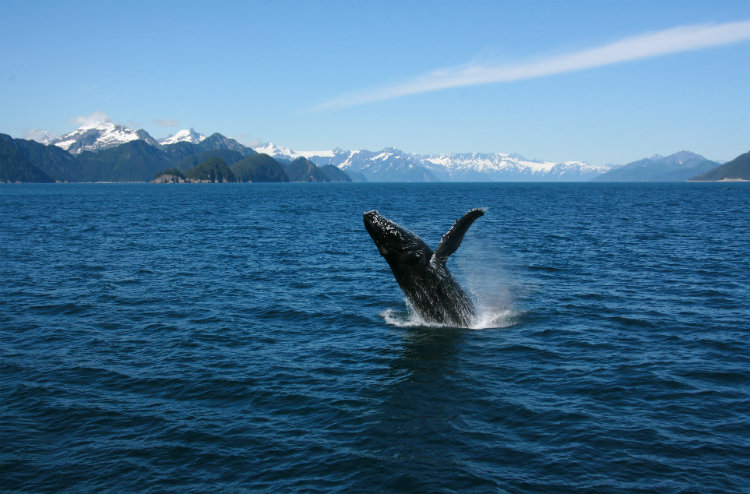 Celebrity Cruises to Alaska take in ports in both Southcentral and Southeast Alaska. Some of the destinations you’ll see along the way include:

This charming city is the terminus point of the historic Alaska railroad, as well as a gateway to the Kenai Fjords National Park. Glaciers flow from Harding Icefield into the coastal fjords around Seward, which are a habitat for whales and porpoise.

You can see seals and puffins in Seward’s Alaska SeaLife Center , and fishing boats in the Seward Harbor. You’ll also find a fine range of restaurants to choose from.

The Inside Passage is a coastal network of passages for ships and boats, which weaves through the islands on the North West Pacific coast of North America.

The dramatic scenery of Alaska’s Inside Passage has been shaped by glaciers over millions of years. You’ll see lush forests of Sitka spruce blanketing the towering snow-capped mountains of the area. Whales and sea lions find refuge here during the summer months.

The Hubbard Glacier is the largest calving glacier in North America, and is around 122 kilometres long. It has been advancing for over a century, and calves off icebergs as high as a 10-storey building.

Blocks of ice are launched into the sea from the Hubbard Glacier every few minutes.

Juneau is the state capital city of Alaska. If you decide to take an Alaska cruise from Juneau, you’ll have the opportunity to view the majestic Mendenhall Glacier from the East Glacier Loop Trail.

You could also take a tram up Mount Roberts to an alpine area with hiking trails, wildflowers and views of Gastineau Channel. Mount Roberts is also the site of the Juneau Raptor Center, which focuses on local birds..

When visiting Juneau, whale watching is another popular activity, and don’t forget to try the local crab cakes!

The city of Skagway lies along the Inside Passage, and is home to many buildings that date back to the 1898 gold rush. These are now preserved as part of the Klondike Gold Rush National Historical Park.

When visiting Skagway, you’ll also be able to see the immense Davidson Glacier up close, or take a ride on the vintage trains of the White Pass and Yukon Route Railway.

The Tracy Arm Fjord lies around 45km south of Juneau, and is book-ended by two of the most impressive glaciers in Alaska: North Sawyer and South Sawyer.

Sawyer Glaciers, North Sawyer and South Sawyer, are located at the end of Tracy Arm.[1] The wildlife in the area includes black and brown bears, deer, wolves, harbor seals, and a variety of birds, such as Arctic terns and pigeon guillemots.

Sitka is an Alaska city which was formerly under Russian rule. The influence of Russia can still be seen in the city’s architecture, including St Michael’s Russian Orthodox cathedral.

Sitka is also a great place to try your luck at catching halibut.

How much does an Alaska Cruise cost?

If you’re tempted by the sound of a cruise to Alaska, by now you may be feeling curious about the cost.

An Alaska cruise with Celebrity Cruises is a fantastic way to see one of the world’s last great wildernesses. Would you go on an Alaska Cruise?