If you’re planning your travel plans for the year ahead, here are 10 Dream Destinations for you to consider. What’s on your travel wishlist?

Travel is such an important part of life, and I do wish that I’d done more of it before I had children. I’m absolutely determined to see more of the world when I’m no longer tied to the school run and term dates. I’ve been thinking about where I’d like to go, and these are my top 10 Dream Destinations (not in any particular order – that’s just too hard a task!)

This is my number one dream destination – I’ve been desperate to visit New York for as long as I can remember. When I visited Mexico in 2001, we flew back over New York City at night. The city lights looked beautiful, and I said that we absolutely must visit it some time soon. That was 15 years ago… But I definitely will get there one day. The dream would be to go Christmas shopping and to stay at the Plaza Hotel. Yes I’ve seen Home Alone 2 far too often!

I’ve said Melbourne specifically, because I would really love to watch the Australian Open tennis. But actually, there’s far more of Australia that I want to see so I’d have to make it a pretty long trip. And if I’m going to travel half way around the world, it would a good opportunity to visit New Zealand as well!

I remember the first time I saw a photo of the Treasury at Petra, in Jordan. I was utterly amazed that this beautiful building had been carved right out of a rock face, two thousand years ago. It has been high up on my travel wishlist ever since.

Tokyo fascinates me, along with much of Japanese food and culture so we’ve been planning a dream trip to Japan for ages. I think that’s one that I’ll do when the boys have grown up, because there is a lot that I’d want to fit into a visit. 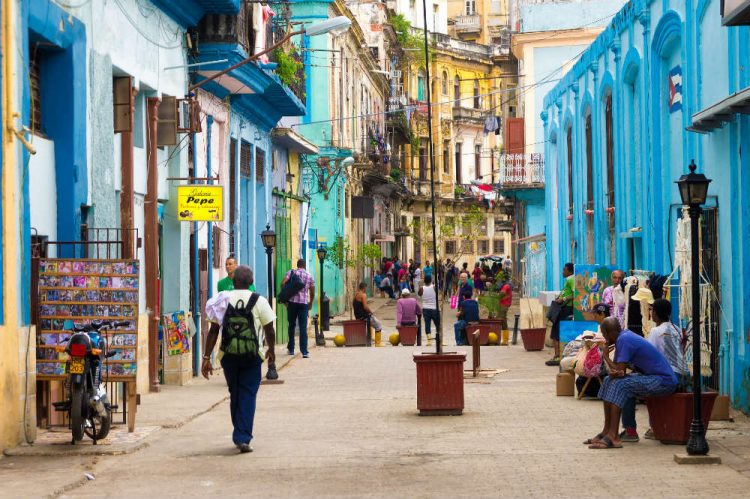 And by way of complete contrast, I’d also love to go to Cuba. It’s a country that intrigues me – I love the images of brightly coloured buildings and 1950s cars. I want to go there for the food, the rum, the history, the music…so many things!

It probably surprises you to see somewhere so close to home on my Dream Destinations list, but I have never visited Rome! I’ve been to Italy before and absolutely loved it, but we only visited the North of the country. I’d love to go to Rome for the architecture, the history and of course the food! But while I’m visiting Rome, I’d also like to travel a little further south and pay a visit to Naples. That’s another city that I have wanted to visit ever since the summer of Italia ’90.

This is a place quite unlike any other on my list of dream destinations. I know a few people who have been there and they all say it’s a fantastic place to visit. The scenery looks breathtaking and while I know there’s no guarantee, I’d be hoping to see the Northern Lights!

Egypt is another place that I’ve been wanting to visit forever. The Ancient Egyptians fascinated me when I was a child, and for a long time I wanted to study Egyptology at university. I’m not bothered about the luxury hotels at Sharm, but I’d love to go on a River Nile cruise. I have always wanted to see the pyramids, the Sphinx – even the extreme temperatures wouldn’t put me off.

And now for something completely different. I’ve been a fan of Formula 1 since I was a teenager, and I love the mesmerising footage of Ayrton Senna racing around the street circuit at Monaco. One day, I definitely want to go and watch the Monte Carlo Grand Prix. It won’t be the same as back in Senna’s day, but I still think it’s the most glamorous and exciting race on the F1 calendar.

And finally, somewhere that I had originally hoped to visit when I turned 40. I know I’ll never climb Everest, but I like to think that maybe climbing Kilimanjaro is within the realms of possibility. I’d love to do it to raise funds for charity but I know that I’d need to work a lot on my fitness first. Maybe I’ll get there for my 50th instead? So there you have it, my 10 Dream Destinations. If ever I win the lottery, that’s going to make one amazing world tour!

5 thoughts on “Dream Destinations: What’s on your Travel Wishlist?”